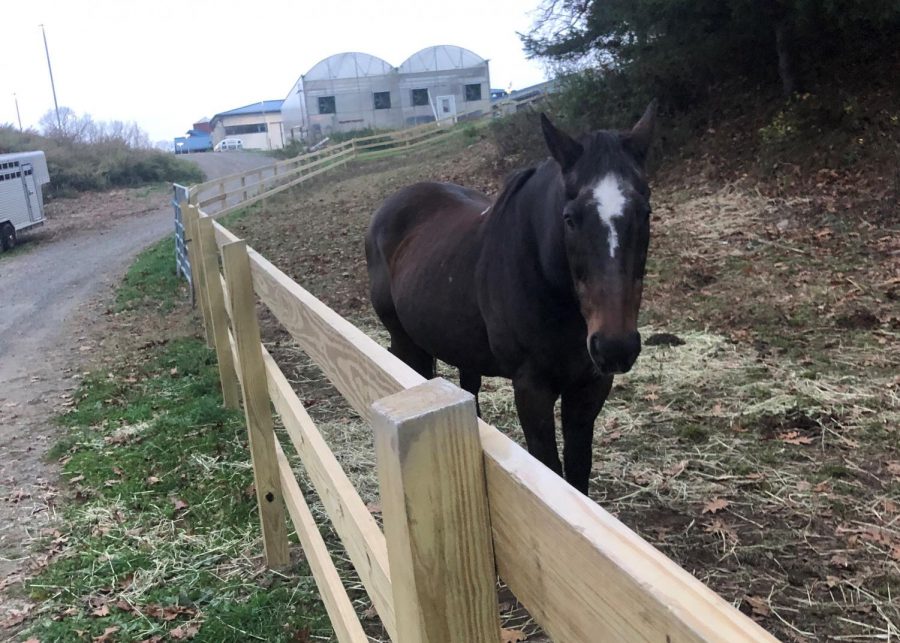 Bubba Ray, one of the horses at Nonnewaug, enjoys the new pasture space created by newly installed fencing.

Due to the poor condition and lack of fencing in several places, the Nonnewaug agriscience department made the decision to install new fencing for the pasture area.

The fence, which was erected in August, provides more pasture space for the animals and runs from the back of the greenhouses all the way down to the animal pastures. The animals have enjoyed the new fencing, with the horses hanging out in the new paddock behind the greenhouses.

Alyssa Hodges, a sophomore ag production student, said that the new fences are beneficial because they provide a nice, clean look to the area and are much more sturdy than the previously existing fencing. Sturdy fencing is very important, she added, because weak fencing can easily be broken by tree limbs or agitated animals.

“The new fencing allows for more grazing areas, which makes the animals happier,” Orosz said. “Having additional pasture space allows for better weed and manure management, and animals being in a dirty pasture can cause them to be unhappy.”

The animals’ happiness is important because it makes it much easier for the students to work with the animals. It also helps to lower the stress and anxiety levels of the animals, which is beneficial because many animals’ fight-or-flight instincts, stress, and anxiety can be detrimental to their health. Unhappy animals can become vocal or agitated, which can be a danger to students and staff.